In 2005, Mr. Marenstein was among the inaugural participants in the Eastman Summer Institute, in which he conducted the Rochester Philharmonic Orchestra.  Over the years, Mr. Marenstein has conducted a wide variety of ensembles, both here and abroad, including the Pleven Symphony, the New Symphony Orchestra (Sofia), the Lautremont Festival Orchestra, Anti-Social Music, Reizen Ensemble, and the Musica Bella Orchestra of New York.

Mr. Marenstein joined the faculty of Nassau Community College (SUNY) in 2005, where he is Director of Orchestral Activities, and currently holds the rank of Associate Professor.  He is also the conductor of the Youth Symphony at Gemini Youth Orchestras.  In addition to his conducting and teaching activities, Mr. Marenstein performs as a freelance violinist with several New York area orchestras as well as his own group, the Grand Central String Quartet. 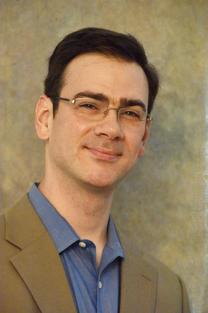 Conductor Harry Marenstein was born and raised in New York City.  He earned a Bachelor of Arts in violin performance from SUNY Geneseo, and went on to complete the Master of Music degree in orchestral conducting from the Cleveland Institute of Music, where his principal teachers were Carl Topilow and Louis Lane.  Mr. Marenstein also spent four summers studying with Harold Farberman at the Conductors Institute.   In addition, he has been a participant in master classes and seminars with Gustav Meier, Kenneth Keisler, Daniel Lewis, Zdenek Macal, Colin Metters, Rossen Milanov, Larry Rachleff, and Neil Varon.