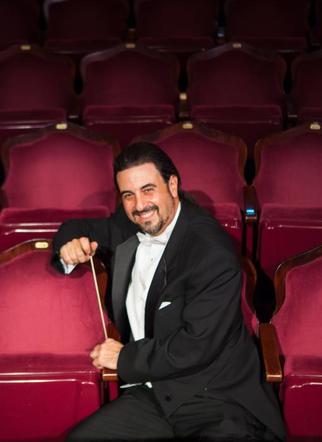 Mr. LaGruth has worked with some of the greatest composers of our age, including Hans Werner Henze, John Corigliano, Joan Tower, and Pulitzer Prize winner Karel Husa. He has collaborated with a wide range of soloists across a broad range of styles, including Frederica von Stade, Judith Ingolfsson, Philip Smith, Christopher Collins Lee, Neil Sedaka, Craig Schulman, and Broadway’s Three Phantoms.

A proponent of American music, Mr. LaGruth is a co-founder of the League of American Orchestras’ commissioning project, Made In America. This program offered regional orchestras throughout the country the opportunity to commission works by major American composers.  The project made its debut in 2005 to national acclaim with a work by Joan Tower, with 65 orchestras representing all 50 states. He is now a member of the steering committee for New Music for America. Mr. LaGruth made his European debut in Romania leading concerts with several orchestras including the state philharmonics of Satu Mare, Botosani, and Raumnica Valcea.  He also made his Lincoln Center debut under the auspices of Na Conservatory of Seoul (South Korea) leading a young artists’ concerto concert at Alice Tully Hall.

Noted by his colleagues for his rapport with audiences, Mr. LaGruth builds relationships with his listeners through multiple outreach programs and his popular pre-concert discussions, Musically Speaking. Whether educating and entertaining students in a Music for Young People concert or chatting informally with audience members, Mr. LaGruth finds innovative ways to bridge the gap between new audiences and classical music.

An Honors graduate of Ithaca College, Mr. LaGruth earned a master’s degree in orchestral conducting and a bachelor’s degree in composition. He also attended the world-renowned Pierre Monteux School for Conductors, where he was a conducting fellow under the tutelage of Charles Bruck and Michael Jinbo. Mr. LaGruth has enjoyed a close association with the Pierre Monteux School and has served on the staff of that institution. He serves as an adjunct faculty member of both Georgian Court University and Ocean County College. Mr. LaGruth is a member of the Board of Directors of the Conductors Guild, a national service organization for conductors.

American conductor Anthony LaGruth has delighted audiences and critics alike with many exciting performances recognized for their innovative presentation of orchestral music.  Roxanne Orgill of the Bergen Record (NJ) observed that, “Mr. LaGruth conducts with subtlety and a refined sense of style that is refreshing.”  The Ellsworth American (Maine) noted his “…control, musicianship, and involvement with the music,” and Michael Greenberg of the San Antonio Express-News said, “Maestro LaGruth brought crisp definition, dramatic sensitivity, and stylishly flexible tempos to the score.” He serves as Artistic Director and Conductor of the Garden State Philharmonic (NJ), and the Livingston Symphony Orchestra (NJ). He continues his post as the Music Director of the North Shore Music Festival (NY) and, for six seasons he was Music Director of the Lyric Opera of San Antonio (TX).